4 Webinar Courses on Identifying, Reporting, and Preventing the Sexual Harassment

Writing the investigative report actually begins from the very beginning of your investigation and continues throughout the process. This webinar will discuss the intricacies of writing the critical final report of your investigation that may be discoverable (all documents that must be provided to opposing counsel in case of a lawsuit) if an employee files a formal charge with the EEOC or your state’s human rights department, or if you are sued. A number of critical actions are required as part of your investigation. These include determining the credibility of each interviewee, corroborating evidence, and reaching a conclusion. In order to write a thorough report, investigators must make a decision as to whether the investigated misconduct was a violation of any laws or policies and present these findings in an objective, accurate and concise manner. An in-depth comprehensive investigative report memorializes the investigation and can be evidence that an investigation actually occurred to minimize your liability.

Workplace Bullies & Abrasive Leaders: Why They Act That Way and How to Help Them Stop

They overreact, they are controlling, they make threats and humiliate others… they are bullies, abrasive leaders, or workplace meanies. While they may be valuable to your organization given their ability to drive results, they also cost your organization lowered morale, increased absenteeism, and in retaliation against you, the employer. Learn why abrasive people act this way (hint, it’s not because they are evil psychopaths) and how to make them stop with a tried and true method that really works.

A Leer, A Pat, A Joke, A Gesture, An Innuendo, A Kiss: Are You Prepared To Be the Next Social Media Blitz, Identified on #MeToo, or a Headline in the Newspaper?

Harvey Weinstein, Matt Lauer, Charlie Rose, Al Franken, Garrison Keillor, members of Congress, and various State lawmakers have been accused of sexual harassment and/or sexual assault. But there is a difference between pulling one’s pants down in front of a female colleague at work and touching a woman on her buttocks during a photo op—isn’t there? What is that difference? Are both examples considered sexual harassment? What exactly is sexual harassment? Sexual assault? Questions and confusion abound with the current seismic national—and international—tsunami of women coming forward to disclose their victimization. The #MeToo movement is providing a platform for women’s voices to be shared as they tell their stories.

This webinar is an informative trip into the world of sexual misconduct in the various mental health professions. Learn the most common, strict laws that apply to protect the patient, the staff of the therapist, and sometimes even the therapists themselves from sexual misconduct. Examine case law from the courts where state licensure boards have sanctioned the therapist for crossing that sacred line between doctor and patient in the mental health professions. Finally, is falling in love a defense to sleeping with your patient? This webinar assumes the attendee understands the basics of professional regulatory laws and state authority under the law. Attendees will then start with an analysis of state laws as they specifically apply to mental health practitioners with a review of sexual misconduct and consensual romantic and sexual relationships between doctor and patient. Why is falling in love not a defense to a consensual romantic relationship? 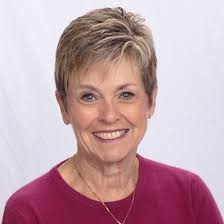 Dr. Susan Strauss is a national and international speaker, trainer, consultant, and a recognized expert on workplace and school harassment and bullying. She conducts harassment and bullying investigations and functions as an expert witness in harassment and bullying lawsuits. Her clients are from business, education, healthcare, law, and government organizations from both the public and the private sector. Dr. Strauss has conducted research, written over 30 books, book chapters, and journal articles on harassment, bullying, and related topics. She has been featured on 20/20, CBS Evening News, and other television and radio programs as well as interviewed for newspaper and journal articles such as Harvard Education Newsletter, Lawyers Weekly, and Times of London. 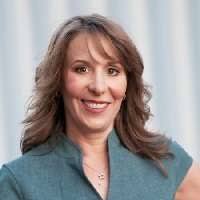 Catherine Mattice Zundel, MA, SPHR, SHRM-SCP is President of consulting and training firm, Civility Partners, and has been successfully providing programs in building positive workplaces since 2007. Her clients include Chevron, the American Red Cross, the military, several universities and hospitals, government agencies, small businesses, and nonprofits. She has spoken around the world on the topic of workplace bullying and positive workplaces have published in a variety of trade magazines and has appeared on NPR, FOX, NBC, and ABC as an expert, as well as in USA Today, Inc Magazine, Huffington Post, and Entrepreneur Magazine. Catherine is Past-President of the Association for Talent Development (ATD), San Diego Chapter, and current President of the National Workplace Bullying Coalition. Her book, BACK OFF! Your Kick-Ass Guide to Ending Bullying at Work was hailed by Ken Blanchard as, “the most comprehensive and valuable handbook on the topic.”

Mark Brengelman worked as the assigned counsel to numerous health professions licensure boards as an Assistant Attorney General for the Commonwealth of Kentucky. Moving to private practice, he now helps private clients in a wide variety of contexts who are professionally licensed. Mark became interested in the law when he graduated with both Bachelor's and Master's degrees in Philosophy from Emory University in Atlanta. He then earned a Juris Doctorate from the University of Kentucky College of Law. In 1995, Mark became an Assistant Attorney General and focused in the area of administrative and professional law where he represented multiple boards as General Counsel and Prosecuting Attorney. Mark is a frequent participant in continuing education and has been a presenter of over thirty national and state organizations and private companies, including webinars and in-person seminars. National and state organizations include the Kentucky Bar Association, the Kentucky Office of the Attorney General, and the National Attorneys General Training and Research Institute. 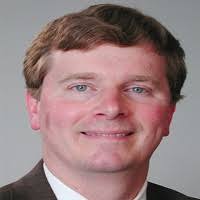 Chris DeVany is the founder and president of Pinnacle Performance Improvement Worldwide, a firm that focuses on management and organization development. Pinnacle’s clients include global organizations such as Visa International, Cadence Design Systems, Coca-Cola, Sprint, Microsoft, Aviva Insurance, Schlumberger, and over 500 other organizations in 22 countries. He also has consulted with government agencies from the United States, the Royal Government of Saudi Arabia, Canada, the Cayman Islands, and the United Kingdom. He has published numerous articles in the fields of surviving mergers and acquisitions, surviving change, project management, management, sales, team-building, leadership, ethics, customer service, diversity, and work-life balance, in publications ranging from ASTD/Performance In Practice to Customer Service Management. His book, “90 Days to a High-Performance Team”, published by McGraw Hill and often accompanied by in-person, facilitated instruction, has helped and continues to help thousands of executives, managers, and team leaders improve performance.

The bundle of webinars shown below discuss writing the critical final report of your investigation to minimize harassment liability, drives people to engage in bullying or aggressive behavior at work, What exactly is sexual harassment?, Sexual assault?, Differentiate between flirting and sexual harassment, finding necessary steps to get out of sexual harassment, basics of professional regulatory laws and state authority under the law.

The webinar format is 1-1.5 hours of audio-visual presentation, including a brief Q&A session.

Appraising Credibility, Reaching Conclusions & Writing the Investigative Report: Steps to Minimize Harassment Liability
Workplace Bullies & Abrasive Leaders: Why They Act That Way and How to Help Them Stop
A Leer, A Pat, A Joke, A Gesture, An Innuendo, A Kiss: Are You Prepared To Be the Next Social Media Blitz, Identified on #MeToo, or a Headline in the Newspaper?
Sexual Misconduct in Mental Health – Strict Laws and the Ways Therapists Violate Them